How to turn yourself into a Fat-Burner 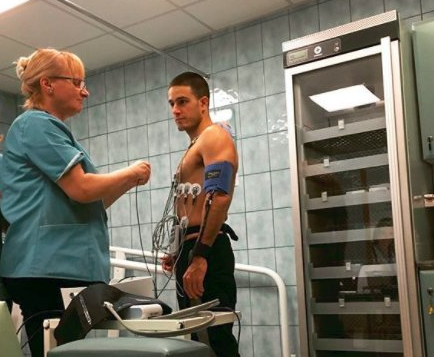 This post is going to be a little different to my previous posts on the merits and methods of getting your fat-burning tested. Hopefully by now, you’re as convinced as I am that the ability to utilize fat as a substrate is an important, distinguishing factor between those who excel at Ironman and those who, despite impressive short course results, are unable to put it together for ‘the big one’.

No, this post isn’t for the fence sitters waiting for academia to catch up before making a decision as to whether to devote their time toward improving this physiological variable. This post is for those athletes who have gone through the testing, identified that fat oxidation is a limiter and who are ready to roll up their sleeves and get to work on turning yourself into a fat burning machine!

So, this first post is going to give you a little background reading on what science says about means and methods to improve your ability to utilize fat as a fuel. My next post will be entitled “Fat Oxidation: A Case Study” and will profile some of the improvements that I have seen in my own athletes (spoiler alert: They're significant!) and the training and nutritional methods that we have used to achieve them.

One of my favorite papers on fat oxidation is Determinants of the variability in respiratory exchange ratio at rest and during exercise in trained athletes. Julia Goedecke and her colleagues at the Sports Science Institute of South Africa conducted a study in 2000 that looked at individual differences in fat oxidation across a variety of exercise intensities (rest, 25%, 50% and 70% VO2max).

The study was especially significant as it was one of the first to look at fat burning at both rest and across a wide range of intensities for an athletic sample. Additionally, the researchers looked at a number of contributing factors - both nutritional (FFA availability, dietary intake etc.) and training (mileage, submax blood lactate etc.) and, interestingly, how the impact of these factors on the athlete's fat oxidation changed with exercise intensity.

Let's start by looking at just how large the range of fat burning was at each intensity..

Clearly, when we look at the data we can see that...

#1. There is a wide variation in the amount of fat that athletes burn at rest.

If you look at the dark blue line (resting fat oxidation), you can see that, while the average fat oxidation at rest was ~75% of total calorie burn, some of the athletes were deriving almost 100% of their resting energy from fat(!), while others were only deriving ~30%! This has HUGE implications on both recovery and body composition. If you are currently in the 'carb burner' camp, by increasing your rate of fat oxidation at rest, you could potentially burn body fat 4x faster than you currently are!!! Not to mention preserving your precious glycogen stores for your next training session!

#2. Those subjects who burned more fat at rest also tended to burn more fat at ALL EXERCISE INTENSITIES

If we look at the 70% VO2max line (~elite Ironman race output), while most were down to ~10% fat oxidation at that point (and others had ZERO fat oxidation), some of the subjects were still able to derive 40% of their energy from fat! In race performance terms, this has HUGE implications, and is, in my experience, what makes the difference between athletes who are able to consistently perform over the long races. As I've said many times, Ironman is, fundamentally, a metabolically limited event, i.e. the race isn't won by the athlete with the biggest VO2max, it's won by the guy who doesn't run out of gas!

So, what were the distinguishing factors between the gas-guzzling ‘Corvette’ athletes (off to the left of each bell curve) vs the uber-economical ‘Prius’ athletes (to the right)? A number of factors separated these 2 extremes and, while all were present throughout, interestingly the importance of the factors changed somewhat with increasing exercise intensity, as shown in the correlation matrix below...

So, what were the key players?

1. The concentration of Free Fatty Acids within the blood

High levels of serum FFA's is THE pre-requisite for fat burning at rest and all exercise intensities. It is a necessary condition for fat burning in all conditions (though, importantly, is not in itself a sufficient condition to ensure high fat oxidation at higher levels of output) In other words, if your blood is full of glucose as opposed to FFA’s, you will not be providing the muscles with any stimulus to ‘learn’ to use fat as a fuel. High FFA levels (and low-moderate blood glucose levels) are a pre-requisite for fat burning. This has LARGE nutritional implications, especially at rest, where a strong relationship between CHO dietary intake and 'carb burning' (r=0.42) was observed. Additionally, you can see that there is also a moderate relationship between high 'carb burning' at rest and high body fat levels. These relationships disappear at high levels of output, when that CHO is being oxidized and used for fuel. The important take-home, while CHO is useful during exercise, if you keep your blood sugar levels perpetually elevated at rest, (in addition to perpetually carrying 'a little extra' around the middle) you will never become a fat burner. Period.

2. The concentration of fat-burning enzymes within the muscle.

While short chain and medium chain FFA’s can diffuse into the mitochondria freely, long chain FFA’s must ‘hitch a ride’ with the enzyme carnitine palmitoyl-transferase in order to make it to the mitochondria. A shortage of this enzyme will mean that even if you have sufficient FFA’s within the blood, the long chain ones will be left by the side of the road with their thumb in the air waiting to hitch a ride. This can become rate limiting, and is therefore an important factor, especially at moderate aerobic levels of activity (as shown in the table above)Importantly: This enzyme is inhibited in the post absorptive state when blood glucose is elevated.

Of course, in order for FFA’s to be ‘burned’ and used for fuel we need a sufficient number of ‘engines’ to burn them. In this sense, the number of mitochondria within the muscle will ultimately limit the rates of fat oxidation, especially as intensity increases. In fact, the researchers found that the factor that was most predictive of fat-burning at 70% VO2max was how low the blood lactate was at this point (r=0.63). Obviously, this is a function of aerobic fitness, which in turn is a function of the number of contractions performed by each muscle fiber. Or put another way, as my buddy Chuckie V is fond of saying, miles make champions.

So, there you have it – 2 simple ways to turn yourself into a fat-burning machine:

1. Cut sugar from your diet when not exercising (and moderate total CHO intake)

2. Train MORE in the aerobic zones that keep lactate levels low (and fat-burning high). Cut out the hard stuff until after you have a strong 'Metabolic Base' established).

Not exactly earth-shattering revelations but, based on what we are seeing in the lab, these 2 principles are not being applied by most athletes. You can beat a large portion of the field by making these simple (though not easy) changes.

I’ll get down to some more specifics of just what a 'moderate CHO intake' diet looks like along with some details of how to train to establish a 'strong metabolic base' in the next post. Until then...


“I have been tested and my suspicions confirmed that I am about as inefficient as possible. Is there any data on how long it takes a 44 old female body to retrain itself when practicing the prescribed training and change in diet?”

There has been a good amount of research on the physiological effects of low and moderate carbohydrate diets (e.g. Ravussin et al, 1985, Weinsier et al, 1992). Generally speaking, individuals who adopt a low-moderate CHO diet can expect a change in their resting RQ of ~.05 within 12-16 weeks. This translates to an increase in resting fat oxidation of ~20%.

The extent to which this carries over to performance during exercise is dependent on your overall fitness, or how many ‘engines’ you have to process your new found fuel line. This is the reason that studies looking at the impact of training on fat oxidation have returned mixed results. Keep in mind however, that even for the relatively unfit, burning more fat at rest is still a good thing!!

The vice versa argument also applies, as we found while driving the Sportsmobile back across the country from the Triple T. You can have the largest capacity tanks and the biggest engine around, but until you pay the lady at the gas station and she turns the fuel pumps on, the number of miles that you’re going to be able to drive is severely inhibited. :-)