The science of heat management over long, hot races
Part 2: The Run

"It ain't the heat, it's the humility" - Yogi Berra 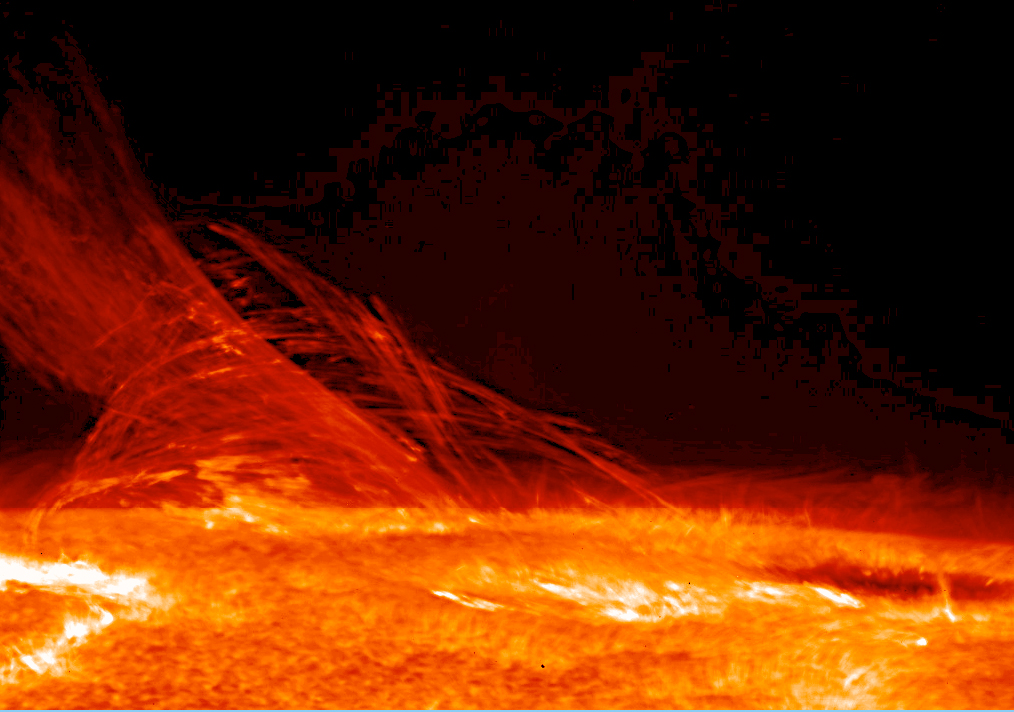 A couple of weeks ago, I began looking at the science of heat transfer in endurance sports, specifically with a view to answering the question – How hot is too hot?

I presented some calculators in that post that you could use to start to explore your own personal heat limits based on output & size. That post was focused. specifically, on heat dissipation on the bike. While I intended to post a follow up article on heat transfer on the run, I figured that with races like Austria, Frankfurt, Zurich & UK coming up, I had a bit of time. Oh, and that perennially cool race, Ironman Couer D’Alene. Well…

With temperatures for Couer D’Alene forecasted to crack 100 degrees(!), I figured I’d better pull the proverbial finger out and get this follow up post rolling. Heck, with the forecasted temperature exceeding body temps, a little specific knowledge could save someone’s life!

Yes, as I outlined in the last post, when ambient temp exceeds body temp, 2 out of 3 heat transfer mechanisms are shut down (actually reversed) and an uninformed athlete is liable to literally cook him/herself(!) In this sense, the difference between racing in 90 degrees and 100 degrees is, literally, night and day.

Let’s return to the math to illustrate…

Let's start with the heat produced at a competitive age group 3:30 marathon pace, with average economy numbers of 210ml/kg/km and a bodyweight of 80kg..

If you hit 'calculate' above, you can see that the estimated heat generated is in the range of W - A similarly high number to a competitive bike. If you happen to be a bigger runner (or a runner carrying an extra few pounds), you can see the impact on heat produced if you add a few kgs to the bodyweight box. For instance, taking it from 80kg to 85kg gives the athlete an extra 50W of heat to deal with. It's no coincidence that Paul Tergat looks like, well, Paul Tergat. In addition to the obvious advantages to relative VO2max, considering that heat dissipation is an absolute limiter to fast running, bodyweight can be a limiting factor.

You can also see the impact of efficiency/economy in hot races. Athletes with very good economy numbers have a huge added advantage when the mercury soars! If we compare typical elite runner economy of 190ml/kg/km with a more typical novice runner number of 230ml/kg/km, you can see the huge difference in heat produced for a given pace. Another reason to add some basic strength moves, some light plyos and some drill work to your regular rotation!

So, where do we begin the daunting task of getting rid of this massive amount of heat?

You’ll remember from the last post that the body’s first line of defense is convective cooling, i.e. air that is cooler than the core temp passes over the skin to take some of the heat energy away. Of course, the big difference on the run is that, unless your name happens to be Gebrsellasie, that air is moving over your skin considerably slower than it is on the bike and so this cooling method is significantly compromised.

You can see the difference below if you change the value for speed from the typical 8:00/mi run pace (12km/h) to an average age group speed of 35km/h on the bike.

W of the generated is dissipated via convection. Still to go!

With lower air speeds, it's fairly normal for athletes to be 'missing' 150-200W of cooling power on the run vs the bike. In the absence of finding some other means of cooling to make up for this shortfall, output will be compromised

Additionally, the air temperature on the run is usually a good bit hotter than the average air temp on the bike. If we look at the example of Ironman Texas below...

The bike average temp at 11am in the meat of the bike ride was 28 degrees, while the air temp at 4pm when most of the athletes were on the run was the peak of the day ~ 30 degrees. In the case of CDA, athletes could be completing most of the run in and around 40 degrees C! You can play around with these numbers in the calculator above to get a sense of the impact of this difference.

So, for the run, it’s a double whammy (actually a triple whammy if you're racing CDA, as Ironman, in its infinite wisdom, is moving the race start back another hour to give the bulk of AGers a little extra time running in the heat of the day!)

The one (significant) advantage that we have on the run is that, it becomes practically feasible to carry around our own ‘mini radiator’. Just like your car, every aid station provides you with the opportunity to take on some ‘engine coolant’ (i.e. ice) that you can place close to your engine’s core to take some of the heat energy away from your core to be exchanged with the atmosphere. This is the most efficient, and in my experience, under-utilized means of keeping cool on the run. Any extra time that you spend taking ice on board will be rewarded ten-fold in the form of keeping your engine cool and allowing a greater output over the course of the race.

You can see this impact if you change the number for the surrounding temp below to simulate normal air temp (say 30 deg) vs a cooled ice temp. The more of your skin surface that you can surround with a cool substance, the greater this effect

Click calculate to get an estimate for amount of potential heat loss via radiation...

Amount of heat loss via the combined effect of radiation & convection =W. Still (at least) to go!

Of course, while it would be great to run the whole race in your own mobile freezer bubble set to a refreshingly brisk zero C, the 2 limiters are... 1. The fact that the surface temp is going to progressively change as the ice melts. 2. The fact that we are logistically limited in the amount of body surface area we can keep covered with ice. However, the 'take home message' is clear...

Get an ice refill at EVERY aid station & give some real thought as to maximizing the taking on and placement of ice close to your core and most superficial arterial/venous points if you're racing in a hot climate.

While sweat rate may be similar or even greater on the run, your ability to take on fluids will probably not be as great so net evaporative cooling has the potential to be compromised.

If you’ve ever tried to run with a liter and a half of fluid in your gut, you’ll know what I’m talking about! :-) This is not to say that the ability to run with high fluid intake shouldn’t be trained, just that there are likely to be mechanical limits that become more and more evident as the run speed increases.

As a rule of thumb, runners can typically expect to take on ~ half the fluid intake that they can while cycling. This will tend to lead to a progressive dehydration over the course of the run and that late IM cardiac drift that we're all familiar with. This makes appropriate fluid intake on the bike (when the ability to do so is not compromised) all the more important.

An additional limiter that athletes often don’t think about – half full cups!...

Your aid station ‘window’ is limited as are the number of cups you can hold. If you wind up with 2 or 3 cups that are only half full each mile, you will have a hard time even hitting 700ml/hr. Suggested solution… carry a bottle of some sort, whether a regular sports bottle or a fuel belt. Politely ask aid station volunteers to give you a re-fill that you can carry with you as needed!

Providing you start the run from a position of fluid balance, most athletes can handle this 700-800ml/hr deficit between sweat rate and fluid intake without significant impact on performance. Over the course of a 4hr marathon, we're talking about an overall dehydration of <5%. While the athlete will note an increase in HR as blood volume decreases, providing this is kept within limits (no more than a zone above normal), for that period, performance won't be compromised. However, if athletes arrive at the run already at a significant deficit due to not 'keeping up with things' on the bike, the risk of compromised performance and heatstroke(!) is significantly increased. To keep up with that sweat rate v hydration deficit, you're going to need some reserves. If your body is already starting to run low on fluids going into the run, your heat loss due to evaporation is going to be compromised, as is your overall ability to get rid of the heat of a competitive run pace, and things are going to get ugly...

Often, just going into the run a little under-hydrated from the bike is the tipping point that leads to the athlete's core temp heading out of control. For instance, if your body is in protective mode due to insufficient fluid intake on the bike and your sweat rate has been reduced to 500ml/hr, you can see the negative effect on heat loss if you plug that into the above. If you're at the point where your body is on full lock down mode and has stopped you sweating entirely to prevent further blood volume drop, then if you plug that into the above, you'll see the effect of that also -- Meltdown imminent!"

Amount of heat loss via evaporation (assuming you have the fluid stores to sustain it) = W. Leading to a total of W of heat remaining 'in the system'

As you can see, when you run the math, in the absence of a good 'tack on' radiator, your chances of getting rid of the heat in extreme conditions (like CDA), especially if you're a medium to larger athlete running at competitive speeds isn't great. In the absence of a very proactive approach, many athletes will be forced to slow way down to avoid overheating.

To round it all up, staying cool on the run is significantly more challenging than the bike due to lower air speeds, greater impact of body weight/size and the fact that it usually occurs during the hottest part of the day. For hot races, the run demands a diligent approach that begins with attentive fueling on the bike and concludes with wrapping yourself in ice for as much of the run as is practically possible! :-)